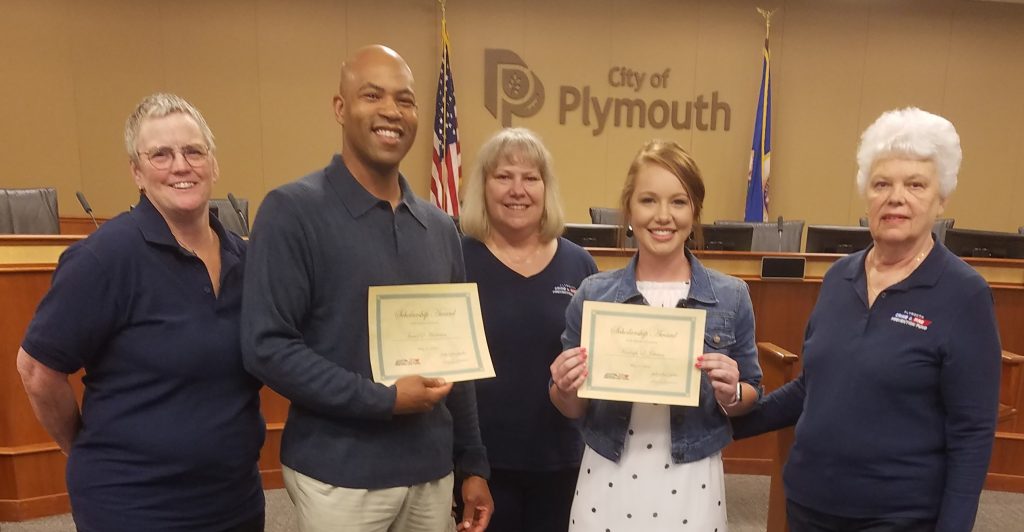 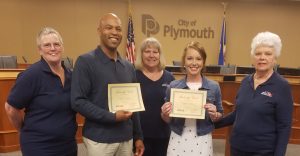 We were privileged to present two scholarships yesterday from the Corky Ornburg Scholarship Fund, which was most recently funded by Corky’s wife, Margaret, and son, Jeffrey, in his memory.  Corky was a founding member of PC&FPF, and served as Treasurer for 40 years until his passing on January 25, 2018. He was recognized with the “Public Safety Legacy Award” by Public Safety Director, Mike Goldstein, in 2017.
Margaret was able to come to the presentation, and was able to meet the first two recipients since their donation!
One of our Plymouth Police Reserves members, Karleigh Johnson, received another scholarship for her pursuit of a Criminal Justice Degree at St. Cloud State University.
The other recipient is one of our Plymouth Firefighters, Jamel S. Anderson. He is seeking his B.S. Degree in Fire & Emergency Services Administration through Colorado State University online!
Congratulations Karleigh and Jamel!
Posted in Uncategorized